1. The Little Book of the Hidden People: Twenty stories of elves from Icelandic folklore 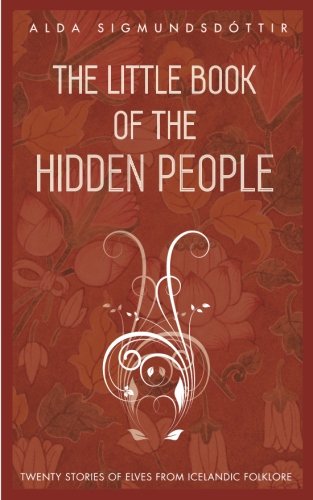 Icelandic folklore is rife with tales of elves and hidden people that inhabited hills and rocks in the landscape. But what do those elf stories really tell us about the Iceland of old and the people who lived there? In this book, author Alda Sigmundsdttir presents twenty translated elf stories from Icelandic folklore, along with fascinating notes on the context from which they sprung. The international media has had a particular infatuation with the Icelanders elf belief, generally using it to propagate some kind of kooky Icelanders myth. Yet Icelands elf folklore, at its core, reflects the plight of a nation living in abject poverty on the edge of the inhabitable world, and its peoples heroic efforts to survive, physically, emotionally and spiritually. That is what the stories of the elves, or hidden people, are really about. In a country that was, at times, virtually uninhabitable, where poverty was endemic and death and grief a part of daily life, the Icelanders nurtured a belief in a world that existed parallel to their own. This was the world of the hidden people, which more often than not was a projection of the most fervent dreams and desires of the human population. The hidden people lived inside hillocks, cliffs or boulders, very close to the abodes of the humans. Their homes were furnished with fine, sumptuous objects. Their clothes were luxurious, their adornments beautiful. Their livestock was better and fatter, their sheep yielded more wool than regular sheep, their crops were more bounteous. They even had supernatural powers: they could make themselves visible or invisible at will, and they could see the future. To the Icelanders, stories of elves and hidden people are an integral part of the cultural and psychological fabric of their nation. They are a part of their identity, a reflection of the struggles, hopes, resilience and endurance of their people. All this and more is the subject of this book.

2. Hildur, Queen of the Elves: And Other Icelandic Folk Tales (International Folk Tales) 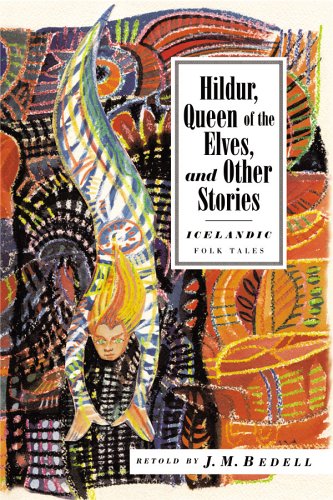 In 870 AD, the first explorers arrived on the volcanic island that one day would be called Iceland. The men and women Who settled there, on the edge of the Arctic Circle, beside the last vestiges of ancient Ice Age glaciers, were a resourceful and hardy folk. They withstood fierce winter storms, plunging arctic temperatures, violent volcanic eruptions, powerful earthquakes, and the lonely isolation of this distant island.

In the eleventh century, Iceland's governing body grew weary of civil war and grudgingly accepted the rule of the king of Norway. For the next 700 years, these fiercely independent Icelanders suffered under various foreign rulers. Then, in 1944, after finally gaining full independence, the people and the country began to flourish. Out of this tumultuous geography and history emerged a unique oral tradition, which gave birth to these famous Icelandic legends. You will read the stories of elves and trolls, ghosts and goblins, as well as tales of scary monsters and thrilling mysteries.

As folklorist Terry Gunnell writes, the stark and shifting landscape of Iceland is itself a storybook. These legends hold a particular wary respect for nature and a wry wisdom that states that we human beings are mere tenants on earth, with no control over weather or ghosts or wild creatures.

3. The Guardians of Iceland and Other Icelandic Folk Tales 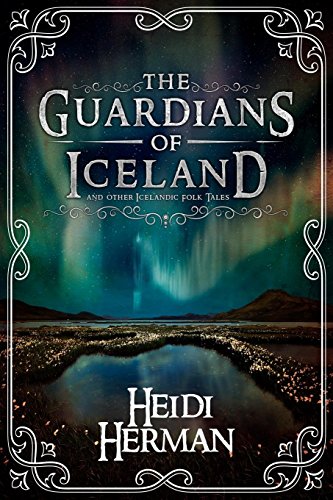 Trolls and Hidden Folk are a part of daily life in Iceland. This collection of Icelandicfolklore and legends comes from the days of the Vikings. The twenty-five short stories arecenturies old and have beenupdated for today's readers of all ages. Children and adults alike will love to delve intothis fantastic collection of traditional Icelandic fairy tales and legends. These short stories of trolls, elves with magical powers, and Hidden Peoplehave beenpassed down from generation to generation.

First written down hundreds ofyears ago, the stories are now brought together and updated for a modern audience, so now you too can read about the trolls who freely roamedIceland,the race of Hidden People with strong magical powers and of the four powerful beings who still protect Iceland from invaders to this day. Packed full of fascinating myths, this collection of folklore is a must for anyone wanting to discovera world ofmermaids and mermen, giants, shape-shifting seals and dragons in disguise. 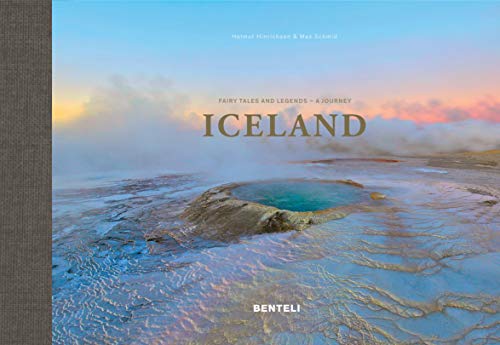 Fairytales and legends, literary forms that convey fantastical events, reveal a lot about the culture and identity of the country that produced them. Icelands abundant nature forms both the stage for and the mirror of the countless myths and legends that run deep through the countrys history: raw and mystical, well-loved but often somewhat bizarre. The 45 carefully selected stories here tell of its fantastical creatures, its fateful natural phenomena and its legendary characters. Magnificent photographs conveying the enchanting natural beauty allow a unique and intensive immersive experience in the fantastical worlds of Icelandic fairytales and legends.

5. The Hidden History of Elves and Dwarfs: Avatars of Invisible Realms 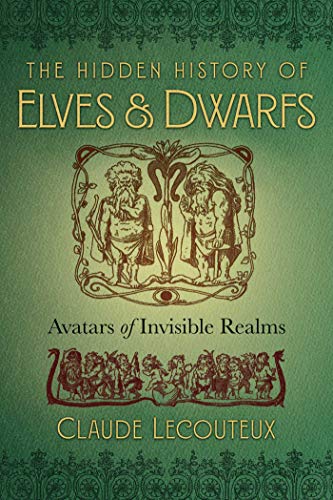 A comprehensive examination of the intertwined mythology, folklore, and literary history of the little people

Reveals the role the church played in changing them from fearless, shape-shifting warriors with magical powers into cheerful helpmates and cute garden gnomes

Most people are familiar with the popular image of elves as Santas helpers and dwarfs as little bearded men wearing red caps, who are mischievous and playful, helpful and sly, industrious and dexterous. But their roots go far deeper than their appearance in fairy tales and popular stories. Elves and dwarfs are survivors of a much older belief system that predates Christianity and was widespread throughout Western Europe.

Sharing his extensive analysis of Germanic and Norse legends, as well as Roman, Celtic, and medieval literature, Claude Lecouteux explores the ancient, intertwined history of dwarfs and elves. He reveals how both were once peoples who lived in wild regions as keepers of the secrets of nature. They were able to change their size at will and had superhuman strength and healing powers. They were excellent smiths, crafting swords that nothing could dull as well as magical jewelry, and often entered into the service of lords or heroes. They were a part of the everyday life of our ancestors before they were transformed by fairy tales and church texts into the mythical creatures we know today.

Lecouteux shows how, in earlier folklore, elves and dwarfs were interchangeable, gradually evolving over time to express very different kinds of beings. Dwarf, giant, and even elf did not necessarily connote size but referred to races with different skills. Elves were more ethereal, offering protection and kindness, while dwarfs reflected a more corporeal form of spirit, often appearing as messengers from the underworld. Yet dwarfs and elves could be bargained with, and our ancestors would leave a broken object outside the door at night with the hope that a dwarf or elf (or other local spirit) would repair it.

Revealing the true roots of these helpful and powerful beings, including an in-depth exploration of one of the most famous dwarf/elf/fairy beings of the Middle Ages, Auberon or Oberon, also known as Alberich, Lecouteux shows how the magic of dwarfs and elves can be rekindled if we recognize their signs and invite them back into our world. 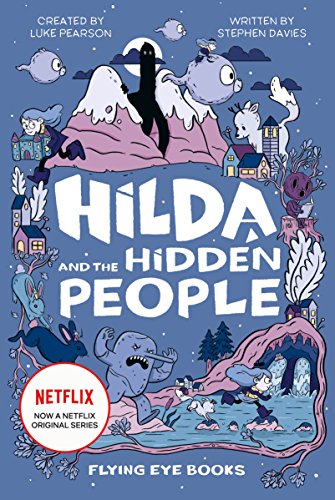 Introducing the novel based on the Netflix animated series, Hilda, coming to screens in fall 2018.

Meet Hilda: explorer, adventurer, avid sketchbook-keeper and friend to almost every creature in the valley! Join our beloved heroine as she encounters her very first troll, negotiates peace with some very persnickety elves, and reunites two lovelorn ancient giants. Fantastic creatures and daring adventures are all just part of another average day for Hilda, but what will she do if she is forced to move to Trolberg city, far away from her beloved valley home? Dive into the adventure with this illustrated chapter book, based on the first two episodes of the show.

7. Field Guide to the Little People: A Curious Journey Into the Hidden Realm of Elves, Faeries, Hobgoblins & Other Not-So-Mythical Creatures 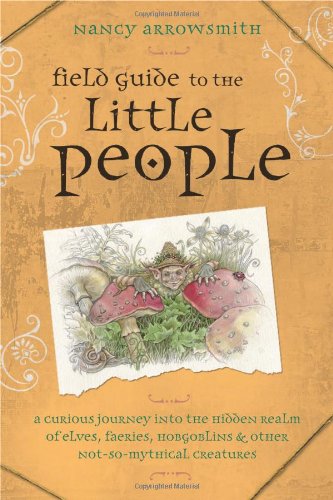 In high summer meadows, nestled in the moors, near old castles, or behind the kitchen stovethese are the places where the Little People may be found.

Make the acquaintance of White Ladies and Red Caps, Church Grims and Hobgoblins, English Fairies, Leprechauns, Sirens, Hey-Hey Men, and all of their strange and mythical kin. Become wise in the ways of these magical creatures, some beautiful and benevolent, others cunning, menacing, or morose.

Praise:
"Rationalists, materialists, be forewarned: the ancient forces governing earthly incident and momentum lie neither in our heads nor our economics, but, rather, in the revelations from A Field Guide to the Little People."The New York Times

8. The Little Book of the Hidden People: Twenty stories of elves from Icelandic folklore by Alda Sigmundsdottir 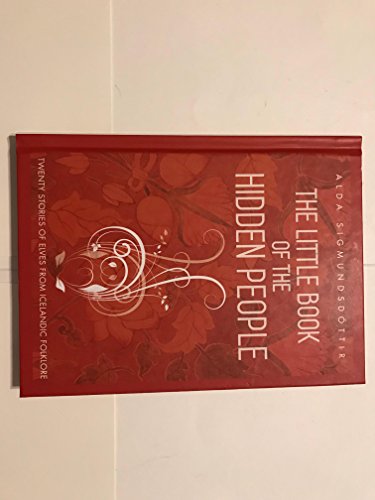 By our suggestions above, we hope that you can found the best elves and hidden people for you. Please don't forget to share your experience by comment in this post. Thank you!